Metering Modes and Histogram in Photography

So far, you are well lectured about the building blocks behind Exposure, these are Aperture, ISO, and Shutter Speed. If you have been practicing enough, you might already have a less-murky idea about how these three settings are related to them. We highly encourage you to keep on practicing if you are feeling still pretty clueless about how one value can affect the others and vice versa.

Really, it shouldn’t be a rush into digging deeper if you are still totally confused about how exposure is composed. Learning about photography is a self-paced process, and just like driving, every person has a unique learning curve when it comes to it.

Said that we want to keep on sharing with you the little bits of knowledge we have about photography. Right now, we’ll be covering Exposure Metering Modes, so pay close attention to this.

Alright, shooting well-balanced photos is great, but sometimes that might be too boring for you. It might be possible that as long as you start understanding light, you might want to achieve dark and moody photographs sometimes, or maybe you’ll want to flat-out the texture on certain shots by overexposing your shots a bit. Everything is possible as long as you understand light.

Cameras manage light by combining the type of light that you indicate them (ISO), the amount of time they’ll be open to receive light (Shutter Speed), and the amount of light, or the light’s beam diameter that will be caught by them (Aperture). Beyond that, there are 4 main ways in which you might want your camera to understand or measure light in front of it. This is extremely important because there are some situations in which light presents to you in a mixed format. Imagine that you are on a family trip, and your forever-young aunt wants a photo of her against a huge and brightly lit window. This could be a problem for you if you don’t tell your camera that you only want to measure the light covering your aunt’s face and not the whole scene.

Or perhaps you are in front of a beautiful landscape filled with nice shadows and highlights; then you might want to have a well-balanced exposure across the whole image.

Which are the Modes Then?

It will depend on the camera you have, by generally speaking there are 4 metering modes in modern-day cameras. And basically, what they do is that enables you to choose among a portion of the scene from which the camera will read light.

In the example above, the metering mode that could help you out would be one that enables you to read the light only from a 25ish% of the scene instead of the total 100% of it.

* Heads-up on these since icons might vary among camera brands. This is usually the default metering mode in most cameras, and it measures light across the whole frame. This is the most general mode of all and is considered to be a “100%” equivalent metering mode.

Yet, it usually places a very strong emphasis on the area around the focusing points at the moment of focusing onto something on the camera. Therefore, this mode is perfect for evenly lit scenes, with not major lighting variations. You can use this mode for landscape, all-around shooting, large groups. Just like the Evaluative mode, this one measures light across the whole scene, but instead of prioritizing on the area around the focusing points, it will the exact focused area the one with priority. therefore, it is said that it usually takes a 50% measure of the overall light.

This mode is simply perfect for nice portraits since it ignores highlights and shadows around the center of the image.

This could be the way to go for the aforementioned example involving your aunt. This metering mode measures light just around the main focusing point, turning it in a nearly 25% exposure metering mode.

This is a favorite among creative photographers since it simply leaves a lot of the scene’s light of the equation, resulting in deeper contrasts and striking results. Be extremely careful with this mode, since it might be the most accurate for the area in focus, but is extremely hard to master. This mode might give you too much contrast, resulting in funny looking shots. It is great for scenes with varied lighting conditions. Use the spot metering for portraits, macro, close-up.

Being able to read out how light is getting recorded is pretty awesome, but it is something that has some legacy now. This possibility comes way back from the mid-ages of film and has been quite a standard thing in cameras since then.

The truly incredible thing about digital photography is the possibility of knowing how a photo was taken right after pressing the shutter button.

And we aren’t talking about the image itself; we are talking about how the light was recorded. This is shown to us in a visual representation depicting 255 channels of light and is shown in a histogram graphic.

There is no perfect histogram since every single photo has its own lighting aura if you wish. What you need to understand is how to read them. This is helpful because sometimes our camera’s LCD screen might trick us into thinking that we are over or underexposing our shots, but with histograms, there is no confusion. You might need to use a bit of Google for this one, search out “How to see the histogram in *camera brand and model*” so you can see that after taking a shot rather than when downloading them to your computer and opening the files on Lightroom or Photoshop.

How To Read Them

Histograms have five major lighting zones, and these are:

Medium Tones, or everything between the darkest and the brightest zones

As long as your histograms feel more heavily loaded to the left, your shots will be more and more underexposed, and if they are weighted to the right, then they’ll be more and more overexposed. Centered-exposures usually are evenly spread out through the whole histogram’s space. You might see some clippings on your LCD screen blinking on and off on your image; those are the blown parts (which might be pure black or white zones). This last thing means that your shot is lacking of information in those blinking zones. 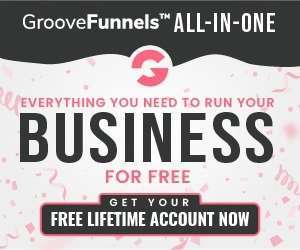